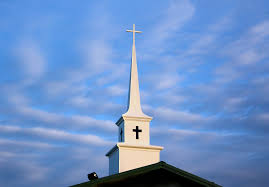 Lately I have really been meditating on something my mother use to tell me as a child, and that is “if you can’t say anything nice then don’t say anything at all”. I am sure that my readers are very familiar with this line as well, after all it’s the golden rule. Here is another goody but oldie, “treat others the way you want to be treated”. Are some of my readers having flashbacks of their parents sitting them down and preaching the same sermon? See the thing is, is that this ALWAYS stuck with me. Whenever I mistreated someone, I could hear my mother’s voice in the back of my head and remorse would come over me. I can tell you that as an adult I am happy she taught me this, especially for the year 2020!

How many times have we seen ugly things said about people on social media and through television during this crazy year? And how many Christians have been apart of it? It grieves me to no end as to how we can confess Jesus Christ and be so hateful in the same breath. I have witnessed Christians bashing pastors, evangelist, politicians, unbelievers, basically everyone because they feel entitled. The most awful part is when they use scripture but follow it with hateful words. The bible says “but speaking the truth in love, let us grow up in all things into Him who is the head, Christ”(Ephesians 4:15). To those who use scripture in such a prideful way and to belittle others, our Father in heaven is not impressed with you. I understand that the word is for correction, exhortation and reproof (2 Tim. 3:16), however, if you are not lovingly encouraging people, your words are in vain. We know that the Word of God says, “a soft answer turns away wrath, but a harsh word stirs up anger (Prov. 15:1). Some believers don’t realize that part of maturing in Christ is swallowing your pride and your words. I think that the ultimate goal is to really be led by the Spirit of God so we know what to say, how to say it, and when to say it. Honestly, this is something I have dealt with all year when I disagree with people and situations that are going on, and I came to realize that what I wanted to say was not going to be conducive but instead destructive. If you want to know what the Bible says on the difficulty of taming your tongue read the book of James, it is a tough pill to swallow.

We live in a society where you can say anything about anyone and there is zero consequence for our words. But I say, woe unto you because surely the Lord will judge your words and actions. We pass judgement on people we don’t even know, we ruin their reputation, and we hate them within our heart for no reason. How can you be so angry and hate so deeply- someone that you don’t even know? This baffles me because more than likely if you sat down and had a cup of coffee with them, you’d probably get along. I refuse to think that there are so many bad people in the world but I do know there are a lot of hurting people which results in bad behavior. You never really know someone until you get to know them. Throughout the year I have gotten to know many different types of people, mostly ones who are misunderstood. There’s always a reason or root as to why a person lives, acts, or speaks in such a way and what I found out is that if you just listen with a ear of compassion, you will hear someone who needs your prayers. The church is the hands and feet of Christ, to love, to extend mercy and grace, to exhort, to stand firm on the truth and hate what is evil. Hate what is evil but love everyone knowing that God loves them, no matter what. I leave you with this passage from Romans 14:1-13 (NASB):

5 One person [e]values one day over another, another [f]values every day the same. Each person must be fully convinced in his own mind. 6 The one who observes the day, observes it for the Lord, and the one who eats, [g]does so with regard to the Lord, for he gives thanks to God; and the one who does not eat, it is for the Lord that he does not eat, and he gives thanks to God. 7 For not one of us lives for himself, and not one dies for himself; 8 for if we live, we live for the Lord, or if we die, we die for the Lord; therefore whether we live or die, we are the Lord’s. 9 For to this end Christ died and lived again, that He might be Lord both of the dead and of the living.

“As I live, says the Lord, to Me every knee will bow,
And every tongue will [h]give praise to God.”

12 So then each one of us will give an account of himself to God.

13 Therefore let’s not judge one another anymore, but rather [i]determine this: not to put an obstacle or a stumbling block in a brother’s or sister’s way. 14 I know and am convinced [j]in the Lord Jesus that nothing is [k]unclean in itself; but to the one who thinks something is [l]unclean, to that person it is [m]unclean.